MobiPicker
Mobiles Android Alleged LeEco LeMax 2 Pro With Snapdragon 823 Spotted on AnTuTu
Share on Facebook
Tweet on Twitter
Deal Alert: 49% Off on ExpressVPN
Touted as #1 VPN in the world, ExpressVPN is now offering 49% off & an additional 3-months of service on its annual plans.

While the current flagships run Snapdragon 820 and the same processor will be seen in many upcoming phones this year, talks about the more powerful Snapdragon 821 have already started. Rumors suggest that among the possible SD 821 phones could be the Xiaomi Mi5s and the Oppo Find 9. However, the alleged LeEco Le Max 2 Pro is expected to be launched on 29th June and may get an even better Snapdragon 823 processor variant of the phone. 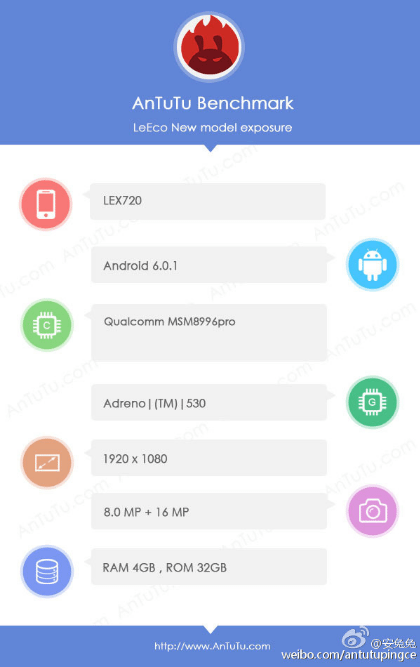 An AnTuTu benchmark listing has been spotted today on Chinese microblogging site Weibo. The device in the listing is a LeEco smartphone codenamed LEX720. It is carrying 4GB of RAM and is running on a Qualcomm MSM8996pro chipset, which is rumored to be the codename for the Snapdragon 823 processor. The phone has got a Full HD display, which suggests that this might be a stripped down version of the LeEco LeMax 2 Pro that is going to be launched with 8GB RAM and Snapdragon 821. 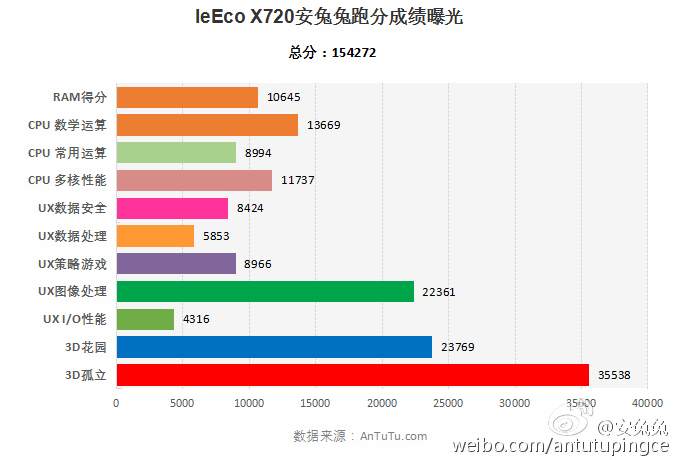 But then again, why would LeEco provide Snapdragon 821 in its flagship device and Snapdragon 823 in its lower-end variant? It is also possible that the new device spotted on AnTuTu might actually be another variant of the LeEco Le 2 Pro, as the LeMax series of phones come with Quad HD screens as a minimum. Nothing is clear yet, but the rumored launch date isn’t far away, so things should get cleared up in a few days.

LeEco might be planning to launch two high-end models at the launch, and this might be a huge move before the company enters US with these high-octane phones.