If the sheer high number of reported UFO sightings and alleged evidence supporting the existence of extraterrestrial beings in the past few months are taken into account, it would appear as though alien hunters and UFO enthusiasts are hardly getting any sleep these days. From UFO sighting during the much-publicized Supermoon last month to the easily dismissible “brick-wall” on Mars, there have been plenty of development in the past few weeks alone to keep them busy.

However, adding more to their plates, reports of a new UFO sighting emerged late last month. This time, the venue of the speculative ‘alien’ encounter was Texas.

According to a video footage that was posted shortly after the sighting, the strange object in the sky was spotted on November 23 at about 3:15 pm. Needless to say, the video, four minutes in duration, soon went viral and drew the attention of UFO enthusiasts across the world.

The mutual UFO network (MUFON) has already begun pursuing the matter in an effort to explain the underlying factors leading up to it. As always, skeptics are convinced that even if the video is 100% authentic, there must be a natural explanation for the object spotted up in the air on that fateful day. 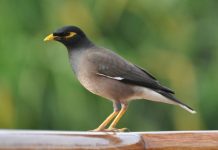 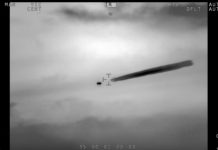