MobiPicker
News Accessories Alcatel OneTouch Watch Launched in India at Rs, 7,999
Share on Facebook
Tweet on Twitter
Deal Alert: 49% Off on ExpressVPN
Touted as #1 VPN in the world, ExpressVPN is now offering 49% off & an additional 3-months of service on its annual plans.

Alcatel, the French telecommunications giant launched its OneTouch Watch in India at a price of Rs 7,999, available exclusively through Flipkart. At the beginning of this year the company had debuted in smart watch at the Global Stage for Innovation (CES) in Las Vegas.

The functionality that differentiates it from others is that it can pair up with any Android smartphone running on Jellybean 4.3OS and above. The Charger is cleanly secured into the wristband, which can be simply plugged into a computer or USB charger. 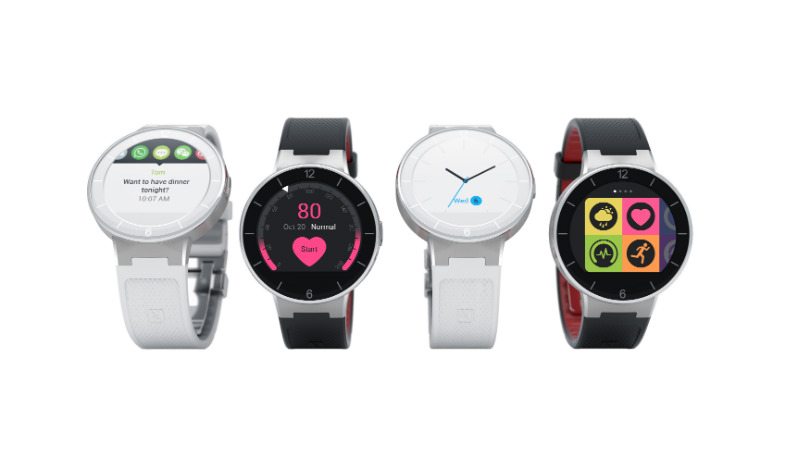 It also comes packed with sensors, such as accelerometer, gyro, altimeter-compass and heart rate sensor. The commanding functionality comes in the form of a IP67 certification for water and dust resistance.

The Alcatel OneTouch Watch has a Run-keeper and activity overview component that tracks the number of steps taken, distance covered, calories burned and sleep cycle as well.

It offers the music playing service coupled with the camera shutter key to capture photos from a distance.

However the spooky factor about this watch is that, it runs on Alcatel Custom OS, making it impossible to run the custom Android Wear Apps.

The available color options for the Alcatel OneTouch Watch include Sporty dark red / volcano black and the white color.