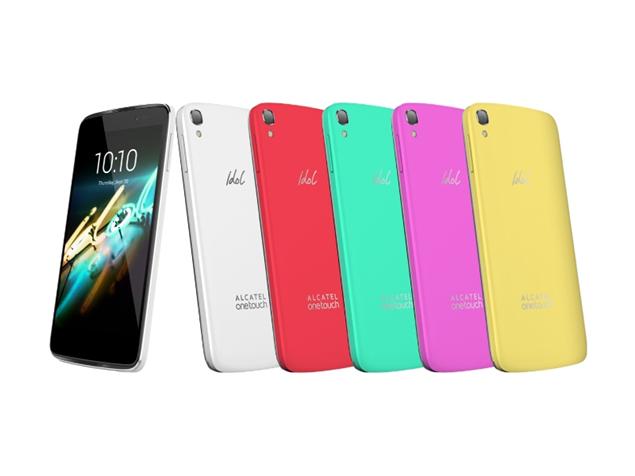 The OneTouch Idol 3C is Alcatel’s finest equipped version seen at IFA and has almost the same specs as the OneTouch Idol 3 (5.5). The Idol 3C maintains the 5.5-inch Full HD IPS display panel of the Idol 3, while setting it in a new body with vibrant, interchangeable covers. The ‘completely reversible’ feature of the Idol 3 has been kept, so you should not worry about picking up the cellphone mic-side when answering a call in the dark.

Under the hood, there is Snapdragon 615 along with its double quad-core processor clocking at 1.5GHz and 1.0GHz. The 2GB of RAM and 16GB of internal memory are the same as the single-SIM edition of the Idol 3 (5.5). The rear camera is a 13MP unit housed behind a five-element f/2.0 lens, while an 8MP shooter enhance the front-face.

As far as connectivity is concerned, there is multi-band 2G/3G, along with Cat.4 LTE, with local features like Bluetooth 4.1, Wi-Fi a/b/g/n, GPS with A-GPS, and NFC. A GPS receiver can also be on board with A-GPS, and the FM radio has RDS. The battery capacity is 2,910 mAh (and if that rings a bell, refer to the Idol 3C spec page). 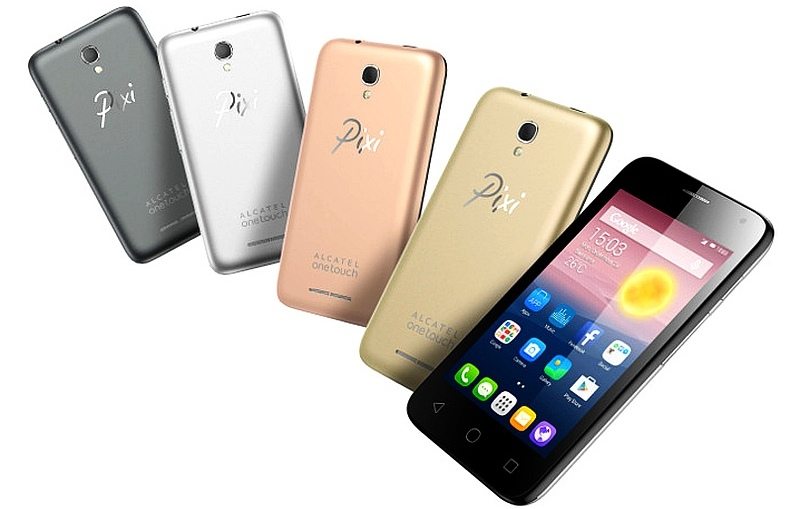 On the other hand, the OneTouch Pixi First is a low-end smartphone. It is a modest 4 inches in diagonal, with an 800 x 480 pixels display resolution. Paired with 512 MB of RAM, a Spreadtrum SC7731 chipset powers the smartphone, using a 1.2GHz quad core processor. It features mere 4 GB of built-in storage, though it is expandable via a microSD card slot.

The smartphone features a 5MP camera with flash on the back, and a 2MP unit on the front.  It doesn’t come with LTE connectivity and packs a 1,450mAh battery. 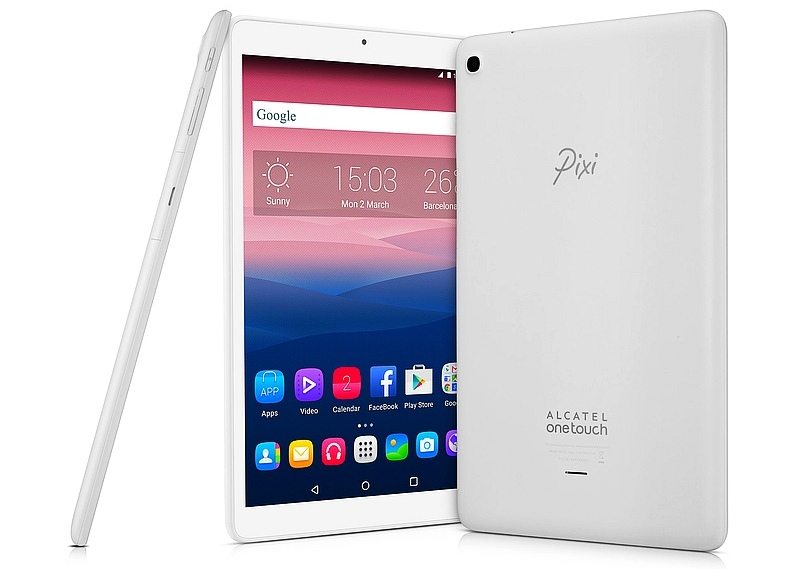 The OneTouch Pixi 3 (10) is the biggest slate to join the Pixi tablet series. Similar to the Pixi 3 (8), the 10-inch tab features a 1280 x 800 pixels display resolution. The MediaTek MT8127 chipset handles the job, using a 1.3GHz dual-core CPU and a 1 GB RAM. There is 16 GB of internal storage that can be expanded up to 64 GB with a microSD card. 5MP and 2MP cameras are fixed on the rear and front of the device.