Alcatel has managed to come out of the Chinese market and expand in the global smartphone market, thanks to its Alcatel OneTouch smartphones. And now the company has unveiled a new budget Android phablet for MetroPCS, a small US carrier. Named as the Alcatel Fierce XL, the phablet carries a price tag of $139 and will go on sale on 2nd November. According to the PR Newswire report, T-Mobile will sell this phone after this winter. 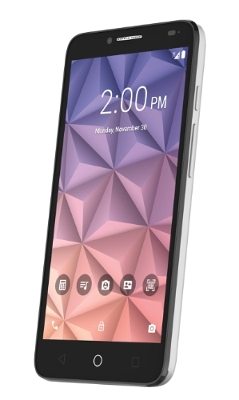 As for the specifications, the Alcatel Fierce XL sports a 5.5-inch HD IPS display with a decent pixel density of 267ppi. Running Android 5.1.1 Lollipop out of the box, the phablet is powered by a Snapdragon 210 SoC with a 1.1GHz quad-core Cortex-A7 under its hood. It has got 2GB RAM and 16GB of internal expandable memory. There’s an 8MP rear and a 2MP front camera for quick clicks, with a nice Polaroid camera mode for the primary camera. The phone comes with 4G connectivity and a 2,500mAh decent battery.

As of now, Alcatel OneTouch has not announced its plans to bring the Alcatel Fierce XL to other parts of the world.