MobiPicker
News Adobe Flash Player 20.0.0.306 Download, Latest Version Available With Important Fixes
Share on Facebook
Tweet on Twitter
Deal Alert: 49% Off on ExpressVPN
Touted as #1 VPN in the world, ExpressVPN is now offering 49% off & an additional 3-months of service on its annual plans.

Adobe Flash Player is one of the top most popular plugins for computers. It has been available since years and enables flash media, animations, rich web content, and flash games on the computer. It’s extremely rare to find a PC not having the Adobe Flash Player installed on it. But the Flash Player is plagued by security issue risks, which is why it won’t last much longer.

Adobe is trying really hard to keep the Flash Player alive on the computers by sending out updates more often. These updates resolve vulnerabilities and make the Flash Player safer. For instance, the latest Adobe Flash Player 20.0.0.306 download offers a lot of security and bug fixes.

The Flash Player keeps notifying you every time a new update for it is released and available to download. The update itself does not take more than a couple of minutes to download and install on your PC. It is important to keep updating the Flash Player to avoid security issues and loss of personal data. 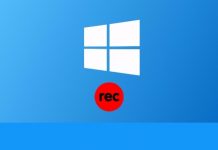