MobiPicker
News Mobiles AccuWeather Receives An Update On Windows 10 With New Features
Share on Facebook
Tweet on Twitter
Deal Alert: 49% Off on ExpressVPN
Touted as #1 VPN in the world, ExpressVPN is now offering 49% off & an additional 3-months of service on its annual plans.

AccuWeather has just released an updated version of its app on Windows 10 platform for both PC and mobile. The update comes with new features and enhancements which will make it even more useful. 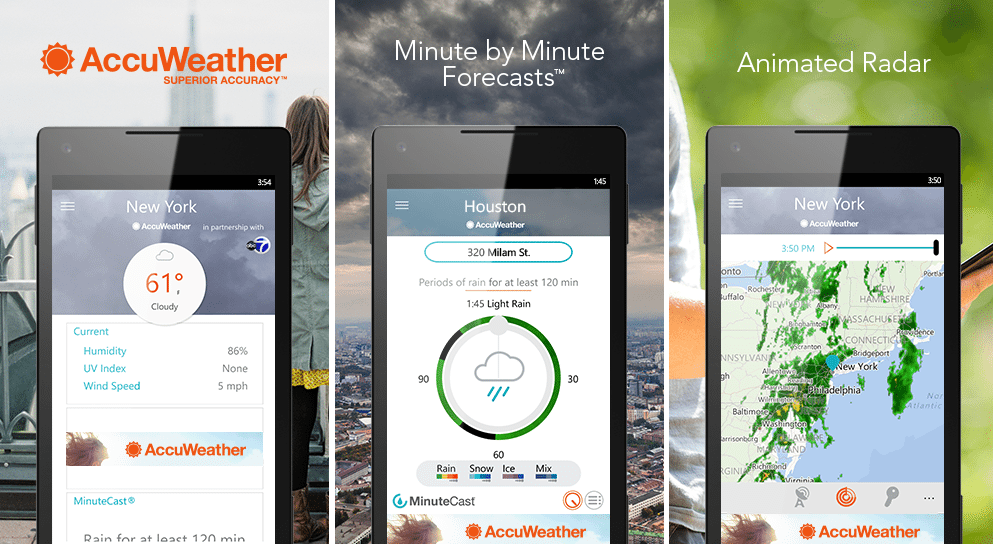 Following is a list of new features that have made way to the new AccuWeather app:

Most interesting is the Future Radar feature which expands the maps feature functionality by providing detailed, interactive forecasts on the progression and intensity of rain, snow, and ice, for the next two hours. Using Maps, One can instantly see oncoming storms – through the use of vibrant colors, movement, and timeframe animation – in a modern, intuitive interface.

Other than the new features mentioned above, the app has following things to offer:

AccuWeather MinuteCast® – minute-by-minute precipitation forecasts for the next two hours hyper-localized to your exact street address. Available for a growing list of global locations.

Severe weather notices to keep you ahead of the storm.

Large, medium, small, and wide Live Tiles for all your favorite locations. Tiles automatically peek and refresh with current forecasts and weather maps.

For those who don’t know, AccuWeather is one of the prominent weather applications across multiple platforms and has been doing well on the Windows platform too. You can download the app by following the link below. Do share your opinion of the updated app with fellow users on Mobipicker.