Nokia is set to make a comeback in the smartphone market. The company had announced in August that it is coming back to smartphone/tablet market with new Android devices before 2017. The Nokia N1 tablet has already been released, while the company is reported to be working on two new flagship devices, the Nokia 5320 and the Nokia 1490. Several leaks of Nokia D1C have also appeared online. Now, a new metal smartphone with Nokia branding has been spotted.

A new Weibo post shows the metal back of an unnamed Nokia handset. Going by the size, it doesn’t appear to be the 13.8-inch Nokia D1C tablet. Nokia brand is expected to launch two smartphones by HMD, along with a feature phone from FIH Mobile. One of these might have been captured in the leaked picture. 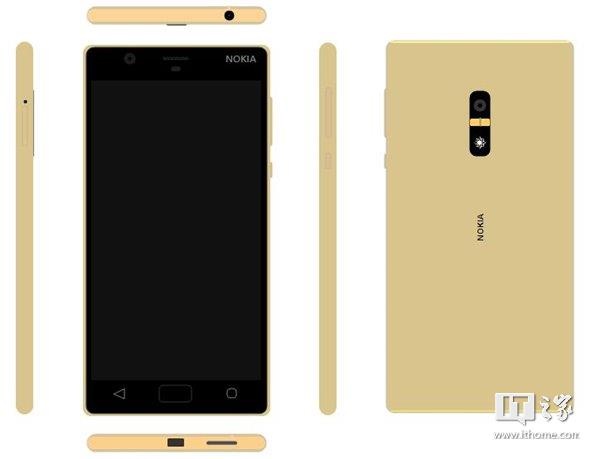 While there isn’t much information about the new device, the new leaks match previously spotted renders, which show a completed device. You can spot two holes are for a camera and a flash along with two card trays on the left, a USB Type-C port on the bottom and a 3.5mm headphone jack. The renders show three color options – Gold, White, and Black. However, only Gold variant has a physical Home button or a fingerprint reader. This means there might be separate versions of the upcoming device. However, these renders might not be the exact representation of the final device and should be taken with a grain of salt. 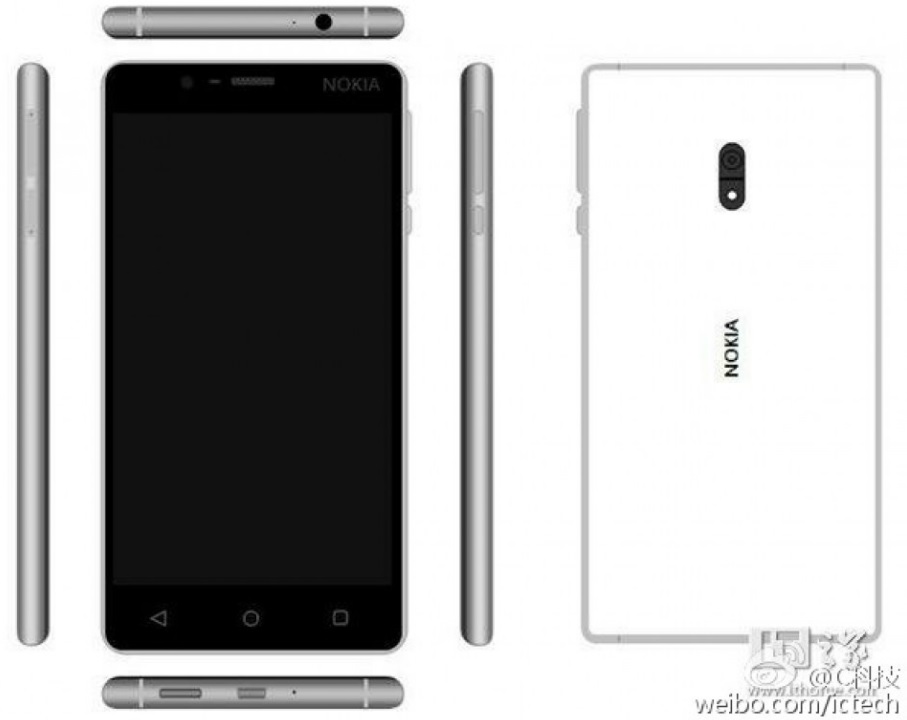