MobiPicker
News 6 FRB Signals Originating Outside Of Our Galaxy Have Been Detected, Each...
Share on Facebook
Tweet on Twitter
Deal Alert: 49% Off on ExpressVPN
Touted as #1 VPN in the world, ExpressVPN is now offering 49% off & an additional 3-months of service on its annual plans.

During this year a total of 10 FRB signals have been detected. All ten were originating from the same region of space, each of them being a FRB (Fast Radio Burst), lasting only a couple of milliseconds but at the same time generating the amount of power equivalent to the energy the Sun emits to the Earth for a whole day.

After the first ten, six new radio bursts were detected in a short time span, all of them originating from the same region of space as the first ten. Spooky and pretty weird. The exact cause of the bursts is unknown because our level of technology still can’t detect them in a way that would allow for a detailed analysis.

FRBs were discovered in 2007 for the first time, but until this year we didn’t even had the means of detecting them. Only during 2016 scientists came up with ways to detect those powerful but extremely short signals. The source of the signals should be discovered in the coming years.

The 10 radio signals we mentioned earlier were detected during March of this year, but they occurred in 2015, during May and June; those were the first FRBs detected outside of our galaxy although they appeared to originate from our own galaxy, the Milky Way. Six out of ten were detected by the Arecibo radio telescope (Puerto Rico) each being 10 minutes apart from the other, with the next four detected at various locations over the month of June.

Data analysis performed after the detection of the first six showed that there was one FRB that occurred during 2012. The next six signals were detected bu a team of researchers at McGill University, Canada. They discovered that all six were coming from the same source, calling the source FRB 121102. The discovery was published in The Astrophysical Journal, with one excerpt reading: “We report on radio and X-ray observations of the only known repeating fast radio burst source, FRB 121102,” and that “We have detected six additional radio bursts from this source: five with the Green Bank Telescope at 2 GHz, and one at 1.4 GHz with the Arecibo Observatory, for a total of 17 bursts from this source.”

FRBs can occur when two neutron stars collide, ultimately forming a black hole. Also, a single neutron star is capable of emitting FRBs with almost machine-like accuracy. For now, the source of the radio signals is unknown, but further detections should provide enough data for an investigation and (a potential) discovery of the origin of strange signals. 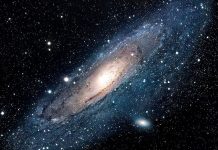