In a conference held from 10th June to 18th June at San Diego in a 12 member team it was decided as a prelude by ITU (International Telecommunication Union) to finalize the definition of the 5G standard for the mobile networks. According to a report by Koreatimesus, 5G will be named as IMT-2020 following the earlier nomenclature trend where IMT-2000 was used as name for 3G networks and IMT-Advanced for 4G. Korea is leading the way with development of 5G technologies. However the official name will be stamped only in October at Geneva’s ITU Radio Assembly. According to a ministry official

[quote_box_center]“The vision for the 5G network and its global standardization schedule has been agreed based on our suggestion. This has shown that Korea is leading the world’s mobile communication technology and related policies. We will beef up international cooperation to have the agreement approved without any problems.”[/quote_box_center]

According to the group decision 5G networks should provide the users with data speeds of upto 20Gbps(Gigabits per second) which is actually 20 times faster than 4G (with 1 Gbps specification). However 5G customers may get speeds of 100 to 1000Mbps depending on the multiple factors which is atleast 10 times better than the 10Mbps speed of 4G.

The boost in data speed will ease access to high resolution video content (4K videos) and holographic technology. It also caters for future internet-of-things technologies. 5G will be able to offer more than 100Mbps typical data transmission to over 1 million IoT devices within a radius of 1 sq km.

But for the final details on 5G we have to wait till October this year so that 193ITU member countries can approve the same. Distribution of international spectrum for the 5G network should start in 2019 with commercial implementation in 2020. However an early demo can be seen in 2018 PyeongChang Winter Olympic Games. 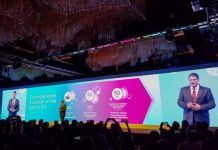