MobiPicker
News Mitashi 4K Ultra HD LED TVs in 55 inch And 65 inch...
Share on Facebook
Tweet on Twitter
Deal Alert: 49% Off on ExpressVPN
Touted as #1 VPN in the world, ExpressVPN is now offering 49% off & an additional 3-months of service on its annual plans. 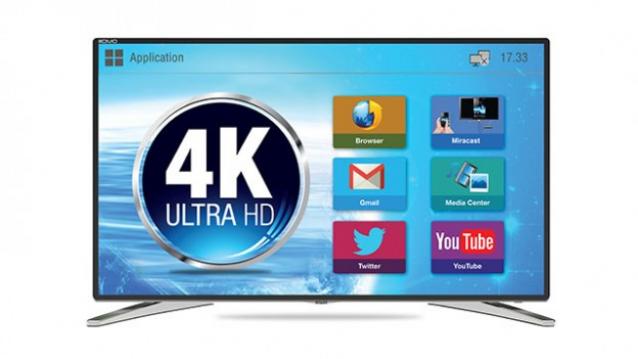 Both new Mitashi 4K Ultra HD LED TVs run on Android OS. You can directly install applications from the Google Play Store. The TV supports screen sharing of Android devices too. It is powered by 1GB of RAM and 8GB internal storage. Both the RAM and the storage can be upgraded as per the requirements of the user. Connectivity options include Wi-Fi, USB and HDMI. The new television comes with a free wall mount.

“Mitashi’s focus has always been on providing cutting edge technology at affordable prices.Our latest range further strengthens our commitment to this vision. With these latest Smart LED televisions, users now have the best of the world technology and so many features loaded that they’re unlikely to find them all in one television,” said Rakesh Dugar, Chairman & Managing Director, Mitashi.

The new 55-inch and 65-inch Mitashi 4K Ultra HD LED TVs can be purchased from retail outlets along with online shopping portals. Mitashi is also offering a scratch and win scheme with multiple prizes including a car. The new scheme is available with purchases across its entire product range including televisions, washing machines, air conditioners and home theater systems.