With the release of the iOS 10, jailbreaking came to a halt. Pangu stated they have the tool, but didn’t reveal it as of the time of the writing. Apple claims the new iOS version can’t be jailbroken, and users from all around the world still wait for the iOS 10 jailbreaking tool. The current situation doesn’t look so bright for users wanting to jailbreak their iOS devices, and it seems the iOS 10 jailbreak won’t be possible at all. Why? Because of these 5 reasons.

Although the Chinese hacking group stated they are in possession of the iOS jailbreaking tool, which the group will eventually release to the public, there’s no proof that the group actually managed to jailbreak iOS 10. If they actually had the tool, we are certain the tool would be released in the wild at this point.

There’s No Public iOS 10 Jailbreak Tool At The Moment

iOS 10 still has some loopholes that could be used for jailbreak, but despite the presence of bugs that potentially could enable it, we haven’t seen any public jailbreaking tool. Further, Apple is trying hard to make the upcoming iOS 10.2 update impenetrable. The update already saw five developer versions, with Apple offering massive prizes (up to $100,000) to individuals who spot weaknesses in software. If all goes according to Apple’s plans, the jailbreak will be impossible. 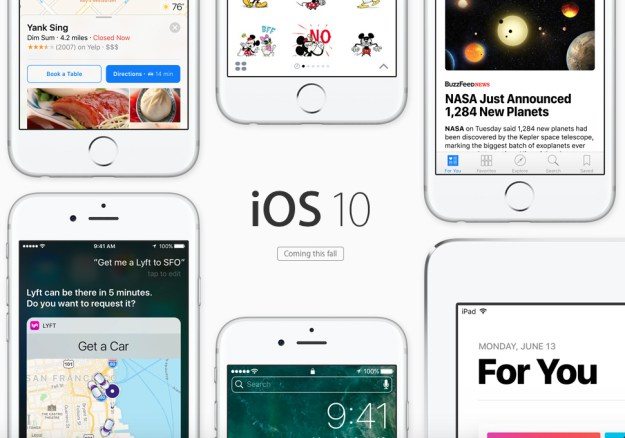 Since Apple Tries So Hard In Plugging Any Potential Hacking Loophole, the iOS 10.2 May Be The Most Secure iOS version ‘till date

For a regular user, security is one of the most important features a mobile OS can have. Higher security means less of a chance for the phone to be hacked, for hackers to steal important personal and financial data. Also, most users don’t want to bother with jailbreaking, they don’t need it, they cherish a highly secured system much more than the system that can be hacked.

The App Store Is Available In Almost 160 Countries

One of the main reasons for jailbreaking an iOS device in the past was the fact that the App store was unavailable in many countries. Today, Apple App Store is available in almost 160 countries, covering almost the entire world. The App store will certainly expand to more markets, meaning that there are fewer and fewer users wanting to jailbreak their device in order to install new app and games. Still, there are lots of Apple iOS device owners who want to install apps from other sources than the App Store (for instance, when wanting to have a paid app for free), and want to have additional customization options. Since Apple is introducing more and more customization options with every iOS version (like the recent feature in the iOS 10 enabling you to disable first-party apps), the potential jailbreak market is shrinking and will continue to do so in the future.