MobiPicker
News 5-inch Karbonn Aura 9 Launches at Rs. 6,390
Share on Facebook
Tweet on Twitter
Deal Alert: 49% Off on ExpressVPN
Touted as #1 VPN in the world, ExpressVPN is now offering 49% off & an additional 3-months of service on its annual plans.

After launching Karbonn Titanium S109, A202, and Titanium Mach Five this month, the Indian Mobile manufacturer has launched one more phone named Karbonn Aura 9 in the country. The phone is priced at Rs. 6,390 and comes in Black, Gold, White and Navy Blue colour options. 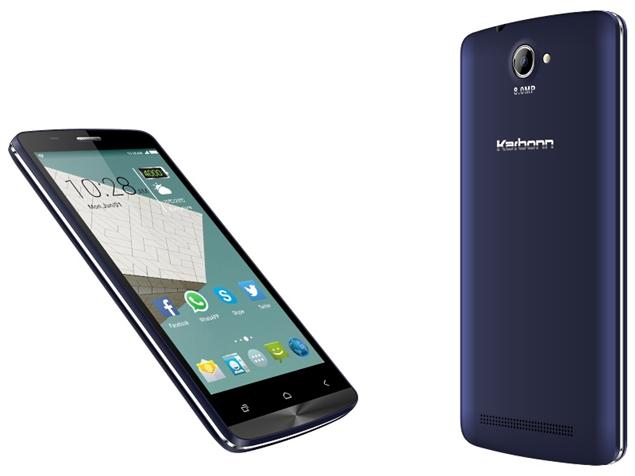 Specs-wise, the Karbonn Aura 9 sports a 5 inch display with a resolution of 480 x 854 pixels, and is powered by a 1.2GHz quad-core processor. It packs 1GB of RAM, 8GB of onboard storage, which is expandable up to 32GB via microSD card, and a 4,000mAh battery. Android 4.4 KitKat is pre-installed.