#2 Lords of the Fallen

Lords of the Fallen is the most directly-inspired game on the list. Developed by Polish developers Deck13 interactive, the game is 3D, unlike the previous games on this list, and features straight-up Souls-like combat. Fighting in Lords of the Fallen is slow and methodical, and the game features interconnected environments just like Dark Souls. 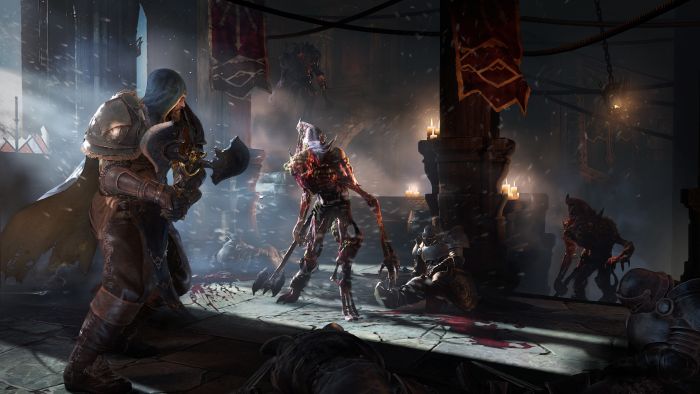 You play as Harkyn, a man on a a mission to stop demonic forces sent out by a powerful god. Like in Souls games, you will be able to outfit Harkyn with a variety of equipment and weaponry, customising them to your desired playstyle. Also like Souls, checkpoints in the game replenish your healing potions and are used to upgrade your character. And of course, enemies respawn if you die, and your lost experience remains at the spot you died. Unlike Dark Souls games, you have the added challenge of getting to the spot you died before a timer runs out.

When it comes to a Dark Souls game not made by FromSoftware, you’re going to have no game coming closer to the experience than Lords of the Fallen. It’s certainly not as enchanting as the original, but it’s a fine imitation nonetheless.