After a successful 2016, NASA is all geared up to venture into an exciting year. NASA has lots in store for this year. Despite a lack of visible support from the incoming government, NASA looks optimistic about its plans for 2017. The US Space Agency released a video last Wednesday describing the upcoming 2017 planned missions and other ventures. The missions include interplanetary missions involving the red planet, Saturn and Jupiter. NASA has re-iterated that exploration of the known and the unknown universe will continue in full swing in 2017. Some of the other programs in 2017 are aimed at developing environmental-friendly aviation.

Cassini-Huygens was launched by NASA on October 15, 1997. The flagship-class NASA-ESA-ASI robotic spacecraft, popularly known as Cassini, is the first space probe to enter Saturn’s orbit and the fourth space probe to visit Saturn. Its mission is ongoing as of today. Cassini has so far studied the planet and its many natural satellites. In 2017, Cassini will enter Saturn’s atmosphere by flying into Saturn. The spacecraft will be destroyed in 2017 when it flies into Saturn, since it is running out of fuel for orbital corrections. Diving into the planet is inevitable; a potential biological contamination of Saturn’s moons must be avoided. 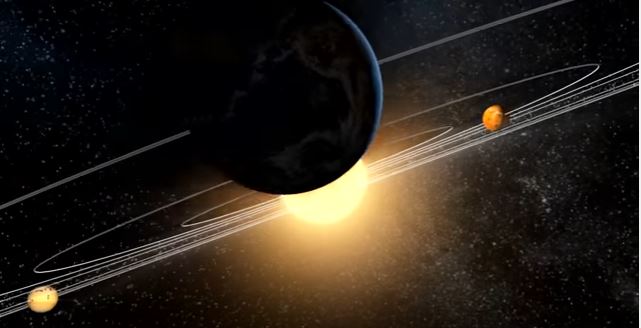 The Transiting Exoplanet Survey Satellite (TESS) will discover thousands of exoplanets in orbit around the brightest stars in the sky. TESS’s primary objective is to monitor more than 200,000 stars for temporary drops in brightness caused by planetary transits. TESS is expected to identify planets ranging from Earth-sized to gas giants covering a wide range of stellar types and orbital distances. It’s impossible for a ground-based survey to achieve this feat, hence the need for TESS. TESS is all set to be launched by Elon Musk’s SpaceX Falcon 9 Full Thrust Rocket from Cape Carnival Air Force Station in December 2017.

Cygnus’ planned 2017 mission includes bringing supplies in the International Space Station. The mission’s launch date is July 6, 2017. Cygnus is currently extending its missions beyond the original contract it had with NASA. The upcoming flight will be the ninth flight for Cygnus.