MobiPicker
News 2016 Weird Science – The 10 Peculiar Science Stories Of The Year
Share on Facebook
Tweet on Twitter
Deal Alert: 49% Off on ExpressVPN
Touted as #1 VPN in the world, ExpressVPN is now offering 49% off & an additional 3-months of service on its annual plans.

2016 saw lots of strange science discoveries. From new features of photons to a new form of matter, to the discovery of the planet that’s closest to our solar system, the year was marked by intriguing discoveries. Let’s check them out. 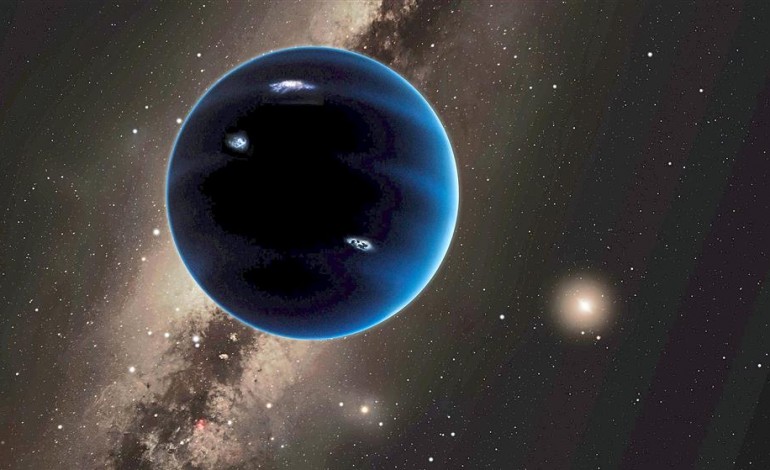 During August, astrophysicists announced they have found a brand new exoplanet, which wouldn’t be so interesting (there are thousands of exoplanets found by now) if the planet wasn’t so close to our solar system.

The planet orbits around Proxima Centauri, the closest star to Earth (besides the sun), it’s placed inside the star’s habitable zone, has a mass 1.3 times that of Earth’s and some reports suggest the planet could have an atmosphere and one planet-sized ocean covering it whole. The presence of an ocean and the fact the planet is orbiting inside of a habitable zone of the star may mean there are potential life-friendly conditions on it. But the data is scarce, and until we construct better telescopes or visit Proxima Centauri, we can only throw theories. 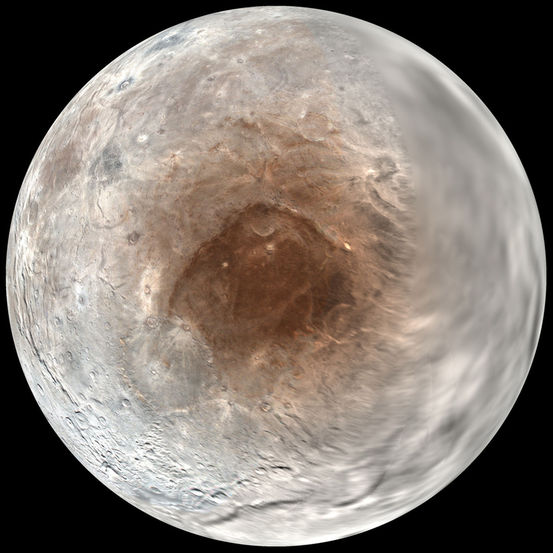 In September scientists announced that a huge red spot found on the north pole of Charon, Pluto’s largest moon, is caused by the planet’s atmosphere.

The spot was noticed back in 2015 when New Horizons space probe finally reached Pluto. Scientists believed the spot is caused by the planet’s atmosphere, which radiates into space because the planet doesn’t have a gravitational pull strong enough to keep it.

The theory was confirmed by modeling temperatures of Pluto and its largest moon over time. Since winters last more than 100 years back in the outskirts of the solar system (and they are extremely cold – temperature can go as low as minus 273.15 degrees Celsius), methane from Pluto’s atmosphere gets frozen at Charon’s poles. Once trapped on poles, space radiation strips Methane out of hydrogen, leaving only carbon. Carbon atoms link, creating complex atoms known as tholins, responsible for the red spot.

3. Strange Noise From The Bottom Of The Sea

A Strange noise is emitted from the seafloor in the Nunavut region of Canada and no one found the source of the noise. The Canadian government, as well as military patrols, couldn’t locate the source. Companies accused of making the noise (local mining companies and Greenpeace) stated that they aren’t one to blame; hunters claim the noise is driving animals away.

The second mystery, emanating from Mariana Trench near Guam, was solved. It was discovered the noise is, in fact, the baleen whale calls. 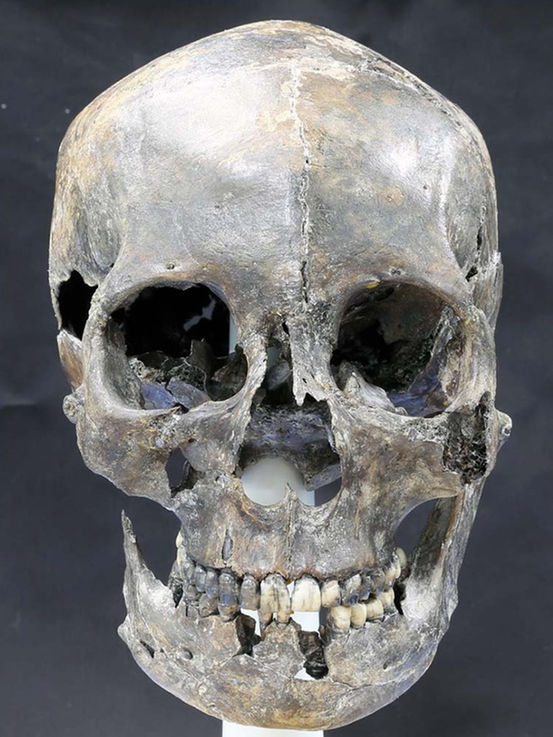 Anthropologists reported back in June that they have found a strange-looking skeleton of a woman excavated from a burial site near Gyeongju, the capital of the Silla Kingdom (57 B.C. to A.D. 935) on the Korean peninsula. The woman had an elongated head; its length was more than 75 percent of its width, featuring a dolichocephalic head shape.

While it is possible that people who lived in the Silla Kingdom practiced cranial shaping, the skull is probably just a normal variation since no evidence of cranial shaping (no signs of compensatory growth on the side of the skull) has been found.

5. A New Feature Of Photons 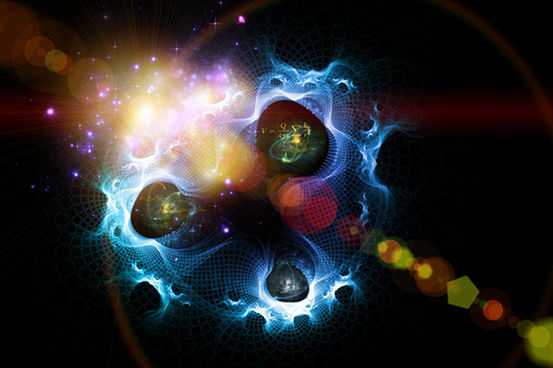 Back in May one report shaken the world of physics. Scientists at the Trinity College Dublin found that light particles – photons – are behaving bizarrely. When physicists tried to shone the photons trough crystals in order to force the light beams into a hollow tube, the photons spun at angular momentum of one-half of Planck’s constant. Planck’s constant determines the relationship between a wavelength of light and its energy, and photons shouldn’t be able to spin at one-half of the constant. They can spin at twice, or three times Planck’s constant, as long a the numbers whole number.

Trinity College physicist Kyle Ballantine stated: “Our result shows that we can make beams of photons, which behave like fermions — a completely different form of matter.” Strange? Yes. Demolishing the laws of physics? Not really.

You see, we still don’t know a lot about the light, so this just might be a new feature of photons we haven’t discovered before.

6. Shimmering Silk Lines Made Out Of Pee 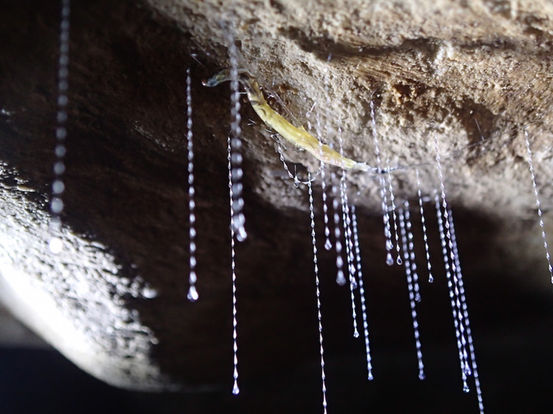 cave fungus gnat larvae, or glowworms, are pretty strange creatures. They glow, live in tubes made out of mucus, and form long and sticky strings hanging from cave ceilings; the strings capture insects and other prey glowworms feed on.

One scientific team visited two caves in New Zealand and collected more than 4,000 glowing threads. Scientists analyzed them and found out they contain crystals made out of urea. Strange indeed.

7. Growing Heat In The Arctic

Arctic is particularly vulnerable to climate changes. But in the recent years, the temperature grew at a faster rate; in 2016 temperatures hit all-time highs. In November, temperatures were 20 degrees Celsius higher than average. And Instead of expanding, the ice cap over the Arctic retreated during November.

Data from the National Snow and Ice Data Center showed that Arctic is missing a part of the ice cap the size of Mexico (The ice declined by 50,000 square kilometers). The sea-ice-extent during November stopped at 1.95 million square km below the long-term average for the month (recorded during 1981-2010). If this trend continues, the Arctic may end up being ice-free during summer by the middle of the 21st century.

Scientists at Oak Ridge National Laboratory in Tennessee created a new form of matter by bombarding sheets of alpha ruthenium chloride with neutrons. The result was a creation of Kitaev quantum spin liquid. The interesting thing is that the matter looks solid but contains electrons moving like they are in a liquid.

Quantum spin liquids were just a theory for decades, first proposed by Alexei Kitaev of the California Institute of Technology. He predicted a new form of matter, in which the electrons would interact as if they were Majorana fermions, a type of particle acting as its own antiparticle.

Electrons found in the new form of matter are strange. Their spin affects the orientation of other electrons, but they remain chaotic no matter how cold the material is. Their spin interactions look like they fragment into particles and antiparticles (like in Majorana fermions) so they are called “quasiparticles,” the name given by scientists who discovered them.

9. Drepanosaurus, An Ancient Reptile With An Anteater Claw 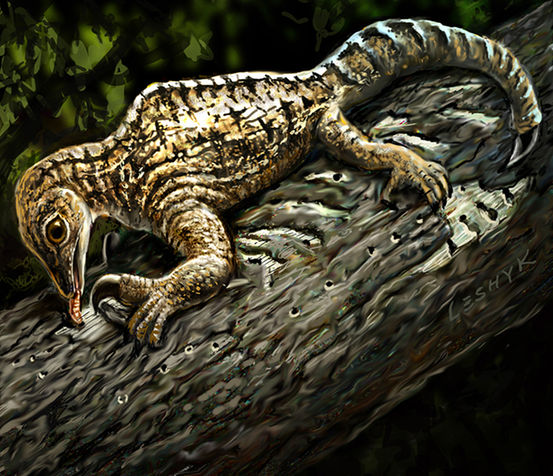 Drepanosaurus lived more than two hundred million years ago, its fossils have been found back in 1970’s. The reptile was similar to a chameleon, and newly discovered fossils showed the animal’s front limb in whole for the first time. The reptile had a crescent-shaped ulna — one of the bones of the forearm – unlike all other four-limbed creatures.

Four-limbed creatures (tetrapods) have the same body pattern – their front limbs feature an upper-arm bone (the humerus) and two lower arm bones (the ulna and radius). Drepanosaurus doesn’t follow the pattern since the libs are unlike anything scientists had seen before. Its limbs allowed it to dig and drag dirt like an anteater.

Back in 1962, a strange phenomenon occurred. Researchers at the Jicamarca Radio Observatory in Peru observed that some of the radio waves, which should beam into space, were bouncing back from the ionosphere. No answer has been found, until this year, with a supercomputer simulation.

The simulation showed that when light from the sun reaches the ionosphere (which can be found 130 to 160 kilometers from the ground) it strips electrons from molecules that reside there. Electrons become highly energized, and when they travel near other, cooler, particles around them, they cause them to vibrate. Vibrating particles create a low-level “froth” responsible for bouncing back radio waves.