Huawei‘s latest flagship chipset named Kirin 950 was unveiled recently, and the Huawei Mate 8 has been the first device to flaunt the chipset. Well, a new Huawei phone has been spotted on Geekbench website and is running the same Kirin 950 SoC. According to GizmoChina, the phone could be the next flagship Huawei P9 or the Huawei Honor 7X. 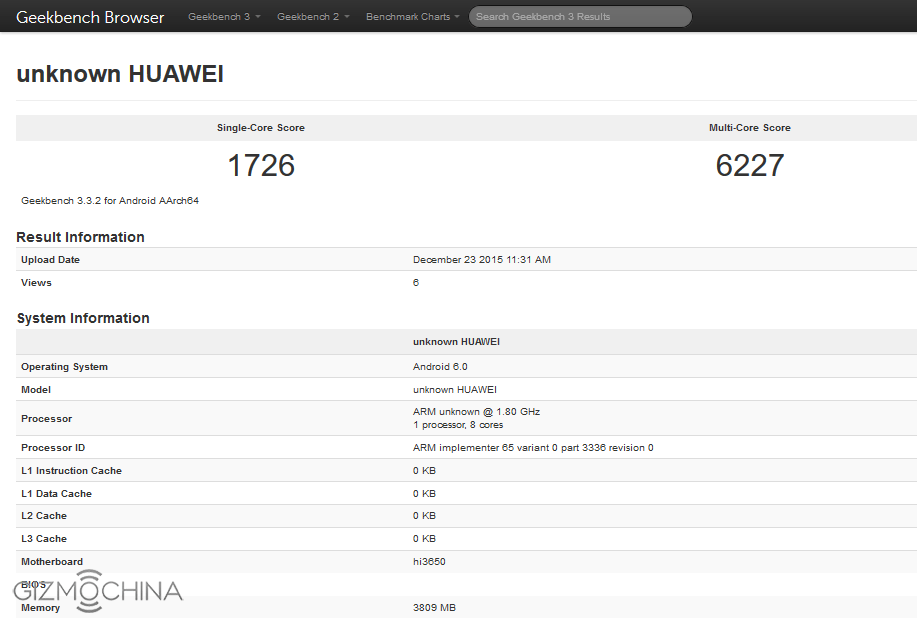 The new Huawei phone does not come with any codename or reference number and carries the “unknown Huawei” label. But it does score 1726 and 6227 points in single core and multi core tests respectively, thanks to the Kirin 950 powerhouse. It is being said that the phone might get 4GB of RAM and Android Marshmallow out-of-the-box.

Considering the fact that an upgraded variant of the Honor 7 has been released this year, this unknown phone might actually be the Huawei P9. Another thing to note is that CES 2016 is coming next month, and it is highly possible that Huawei might announce its next flagship, the Huawei P9, at the event.

Nothing else is known yet about the unknown Huawei phone, but what we do know that this one will be a very powerful beast. Any ideas?