The LeTV Max Pro (X910) was spotted on AnTuTu more than a week ago and almost all of its specs were revealed to us. Today the phone has been spotted on GFXBench with just a slight chage in the name. Named as the LeTV LeMax Pro (X910), this device seems to be exactly the same as the one leaked on AnTuTu, except a slight error on GFXBench which shows the display size as 18.4-inch. 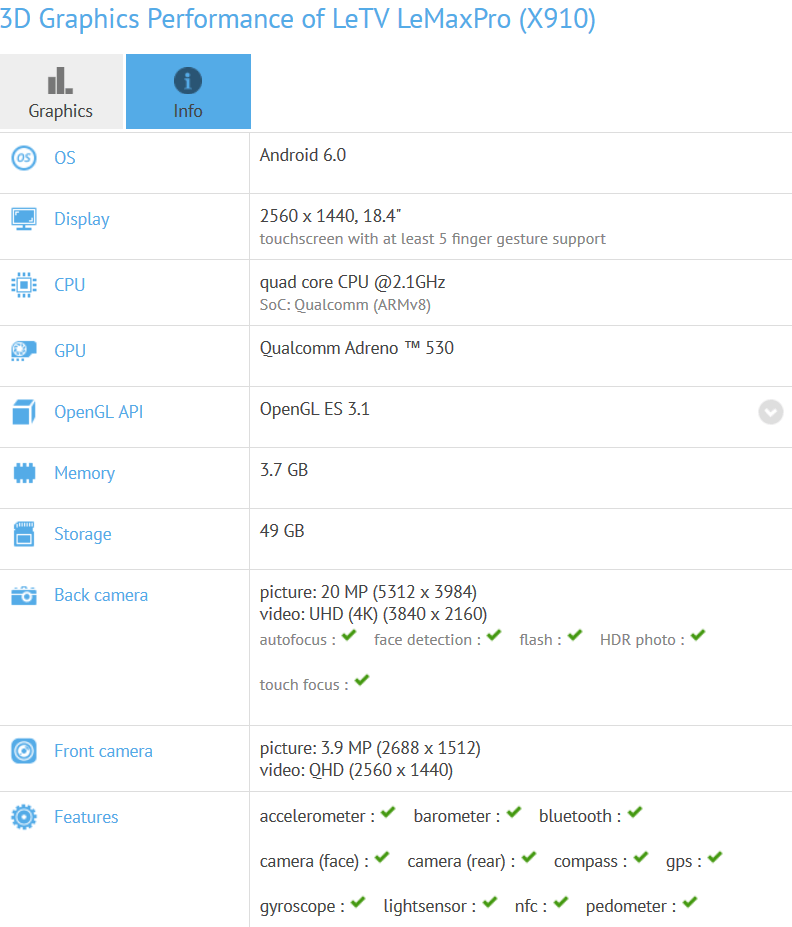 As suggested by the AnTuTu and GFXBench data, the LeMax Pro (X190) carries a 5.5-inch QHD (1440 x 2560) display. Powered by a 2.1GHz Snapdragon 820 quad-core CPU, the phone flaunts a meaty 4GB of RAM and 64GB of internal storage under its hood. Adreno 530 GPU handles the graphics, and the phone comes pre-installed with Android 6.0 Marshmallow.

The LeTV LeMax Pro will sport a 21MP camera at the rear (probably a high-end Sony sensor) and a 4MP UltraPixel camera (like HTC) at the front. The specs surely look mouth-watering, but we need to wait until the TENAA listing confirms these specs and brings in some images of the LeMax Pro. 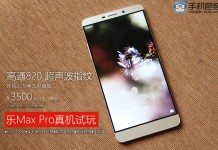