It was hardly a week ago when we reported about some renders of the alleged Microsoft Lumia 850. The renders of metal-clad phone were made on the basis of some rough sketches that leakster OnLeaks received. Well, it looks like those renders were not just a photoshop gimmick and were actually very serious.

Known leakster Evan Blass (@evleaks) has posted a new render of the Lumia 850 on Twitter, and the image clearly shows the rear and front side of the phone. As seen in the renders, the phone gets a luxurious, gold colored Microsoft logo on the rear. The front of the phone features an LED flash (or perhaps an infrared sensor). 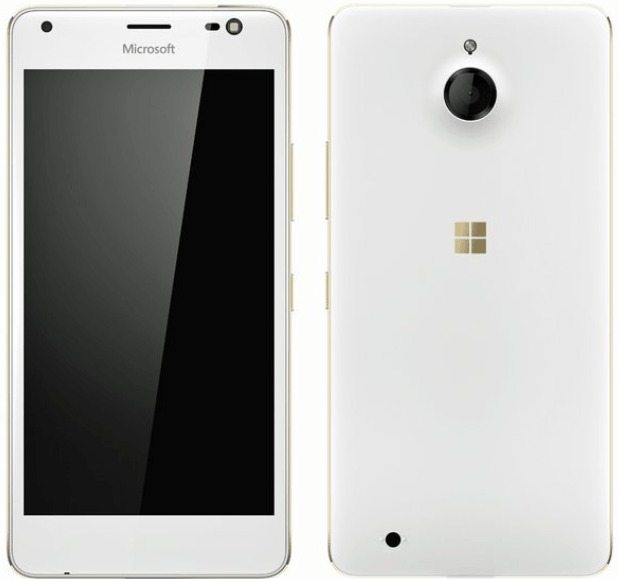 An important fact to note is that these renders are almost 100% identical to the previous ones leaked by OnLeaks. And coming from a trusted source that @evleaks is, there is a high chance that the phone might actually look like this.

Nicknamed as “Honjo”, the Microsoft Lumia 850 might come with a Full HD 5.7-inch screen with a pixel density of 386ppi. Powering the phone will be Qualcomm’s Snapdragon 617 octa-core processor with Adreno 405 GPU. The phone will expectedly get a 6.92mm thin metal body.

However, don’t be so excited about the renders of the Lumia 850, as there is every chance that Microsoft might cancel the phone. Nothing more should be guessed as of now, and let’s wait for more leaks or announcements from more trusted sources.