A patent published by US Patent and Trademark Office on November 26 has revealed Samsung’s ongoing planning in the field of foldable mobile devices. The patent delivers details about the designs of smartphones and tablets which the South Korean tech giant might come up with in near future. 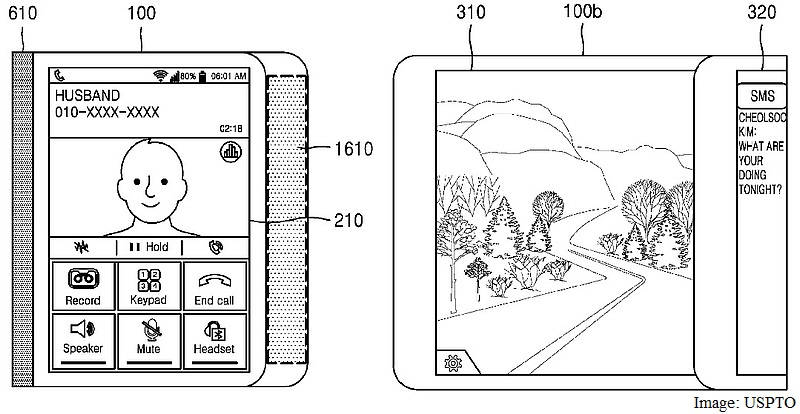 As most of you would question, foldable devices would probably require foldable or ‘flexible’ displays, you would be amazed to know that Samsung has been working on Youm’ OLED since three years. The idea of flexible displays was a future concept by Stephen Woo, President of Samsung as well as Brian Berkeley, Senior Vice President of Samsung Display. The company might have gained considerable achievement in the said field thus filing the above patent for foldable mobile devices. Samsung even released a concept video showing a folded phone transforming into a tablet. 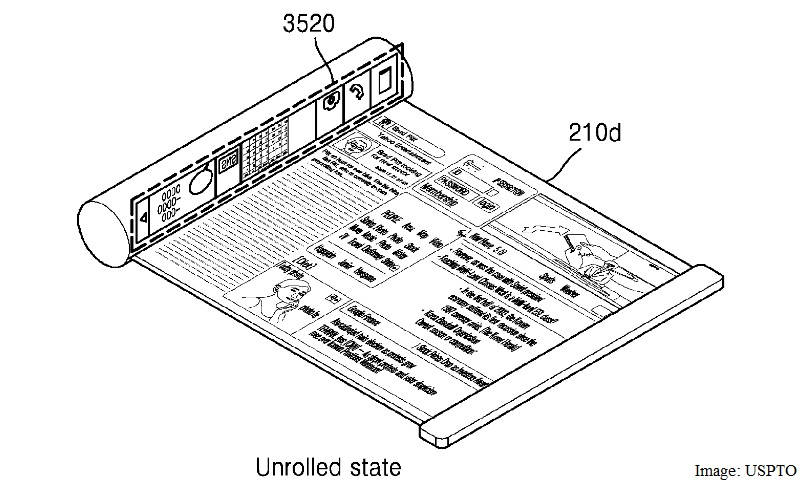 Several images have been released along with the patent which give various technical details about the profound technology. Multiple designs have been patented. The first one seems to be a book-sized device which can be folded from the center. A second image shows one-fourth of the device folded. The rear part of the screen, now overlapping the bigger part from one side has also got the pixels pointing out to double side displays. Another picture seems to be that of a scroll-able display device which can be folded into a cylindrical structure.

Different contents have been featured for various folding positions. For example when in folded state the device is shown to have an ongoing call with caller’s image and controls onscreen. Another picture demonstrates the small part of the display having a messaging app open and the larger part free to do other stuffs. Another scroll-able display have some arbitrary content distributed over the large display and the partially scrolled cylindrical part showing certain shortcuts.

Samsung will use pliable plastic for flexible displays as mentioned in the patent. Although patented, the dream of ‘foldable’ devices is yet far away from being true as these are still concept ideas. The industry has already seen curved screen smartphones the most recent ones coming from Samsung, the Galaxy Note Edge and from LG, the G Flex 2.