A 10-year old girl from Australia has won a trip to NASA after inventing a handy bandage dispenser while going through her chemotherapy at a local hospital.

Bridgette Veneris, the little genius from Melbourne, came to the limelight after winning the littleBIGidea competition with her simple yet innovative design that makes unpeeling sticky bandages faster and easier. 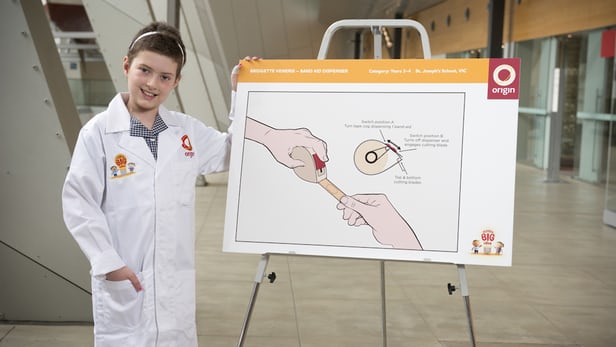 “It makes me feel amazing. I never thought I could win the prize,” she told ABC News.

Veneris was diagnosed with leukemia in 2015. Over the next 18 months since the diagnosis, she underwent several chemotherapy sessions during which she saw her parents and nurses constantly struggling to unwrap adhesive bandages, Veneris shared the motivation behind the invention with the media.

While she could have easily passed the buck to the grown ups for not doing anything about this annoying issue, Veneris conceptualized a new sterile system where the bandage roll out just like a high-tech sticky tape dispenser.

Once she was convinced that the idea had merit, the young girl started experimenting with various designs. Weeks later, a prototype was built with some help which she demoed at the littleBIGidea competition.

“The casing can close completely to make sure no dirt gets into the casing and it keeps the Band-Aids completely sterile,” she explained. “I thought, if no-one is going to do something about it, then this problem is just going to go on forever.”

Now that she has won the trip to NASA, Veneris will be making the most of it by visiting multiple facilities and meeting some of the finest engineers working with the premier space agency.