The HTC Vive event held recently near Valve’s headquarters in Seattle which gave game freaks the opportunity to try out some of the upcoming VR games to be released this year. If you have pre-ordered Oculus Rift, don’t worry because the games you are about to see are not exclusive to HTC Vive. Unless there is a change of plan, these games will most likely drop with HTC Vive sometime in spring. So here are the top 10 games with their platforms- 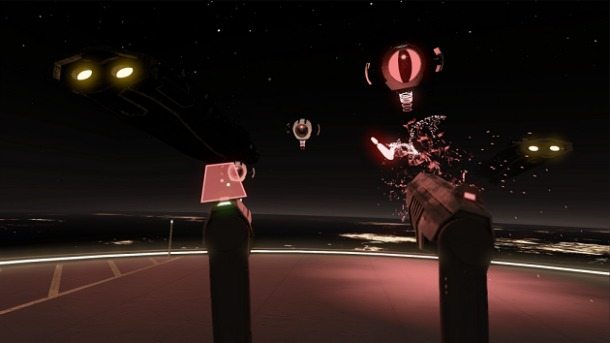 In Space Pirate Trainer, the player begins on a Space platform and is equipped with a dual pistol to take down drones emerging from under the platform. The idea is to protect the spaceship behind you from being destroyed. The game is a first-person shooter that has a semblance to the thrills of arcade games of the 1980’s. The drones will come in different waves and the player can switch from automatic to semi-automatic firing modes. When you take one of the Vive controllers to your back like a Ninja pulling out a sword, your gun changes to the shield which can protect you from blasts and can also deflect blasts back to the shooter. Rail gun-like blasts are the best way to take out stronger drones and the game is not really so difficult to play but fun-filled. 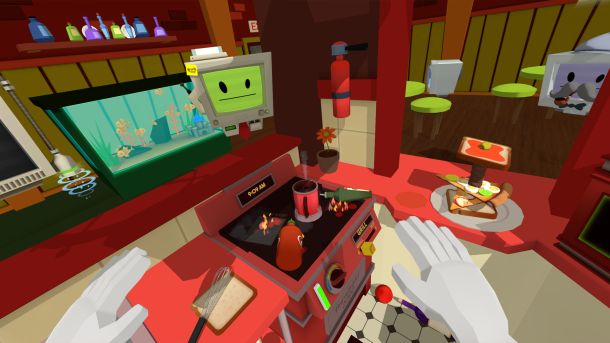 The team at Owlchemy Labs recently redesigned the entire kitchen experience (and Job Simulator’s Kitchen Demo has been the demo receiving the most rave) from scratch. You as the players will take the role of a chef and will be supplied with meal orders from customers which you will be required to fulfill. You are free to explore a small kitchen while completing your order. Like in real cooking, you can toss carrots and tomatoes into a blender to make the smoothie and so on. When the game is fully ready, it is set to feature 5 Jobs which includes; Quick Stop employee and cubical worker. This game will make you appreciate the men and women behind some of those services you get.